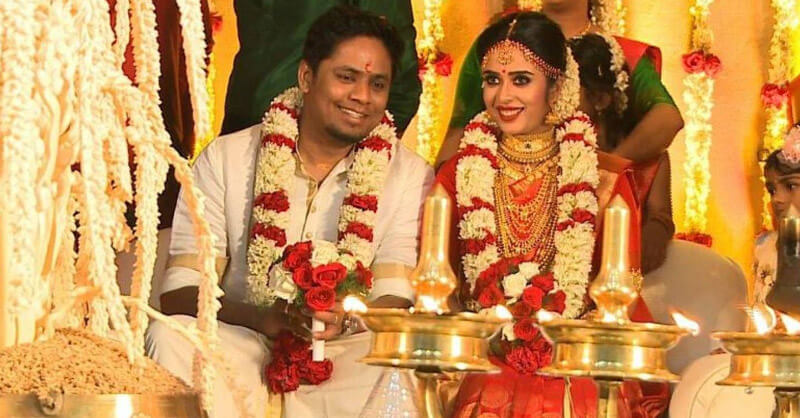 The rituals of Malayalee Wedding are pleasurable and are participated by close friends and relatives. The customs of wedding are simple and elegant as there are no set strict rules followed in Malayalee Wedding as the rituals only lasts for short time. The family and friends of bride and groom side come together to celebrate every moment of the wedding rituals.  They are often take place in the beautiful temples of village.

Nischayam Ceremony:
A celebration in which elders of both the sides announce the engagement of the boy and girl to their friends and family and surprisingly, both the groom and the bride do not have permission to present at this auspicious moment.

Traditional Feast:
Just before the wedding day, traditional fest is conducted to serve all the guests of Bride’s side at her house only. During the feast, the beautiful Malayelee bride faces the East and takes 5 course vegetarian meal with her family.

Madhuparkam Ceremony:
The wedding attire of Malayalee bride is simple yet beautiful, she wears Mundu which is two piece saree. The flowers along with jewellery add compliments to the beauty of bride. On the other side, the groom is dressed up in traditional dress of angavastram and dhoti. The father of bride starts the wedding ritual by washing the feet of his son in law and heartily welcomes him. Now, the son in law will give his father in law a white saree for the bride so that she can wear this charming saree in wedding.

Veli Ceremony:
The rituals of wedding starts in front of Veli which is holy fire where the couple will take three rounds around it. During the ceremony, the groom has Taali which is yellow thread tied on the neck of the bride. After this, the ceremony of Kanyadann will take place in which the father of the bride will give her daughter’s hand to groom and ask her to take care of her responsibilities.

Sparsham Ritual:
Kanyaddan Ceremony ends with Sparsham where the groom sits in from of charming bride and tilt his head in the backward direction so that it can be touched to the head of his newly wed wife. The whole ceremony is accompanied by the enchanting mantras and bride will put the rice in to the holy fire. It is followed by placing foot of the bride on the grinding stone which represents breaking all of the old ties and getting entry into her new family.

Sandhya Ritual:
After the completion of all the wedding rituals and customs, marriage is announced and traditional feast is announced which is also called as Sandhya in which delicious traditional food is served.