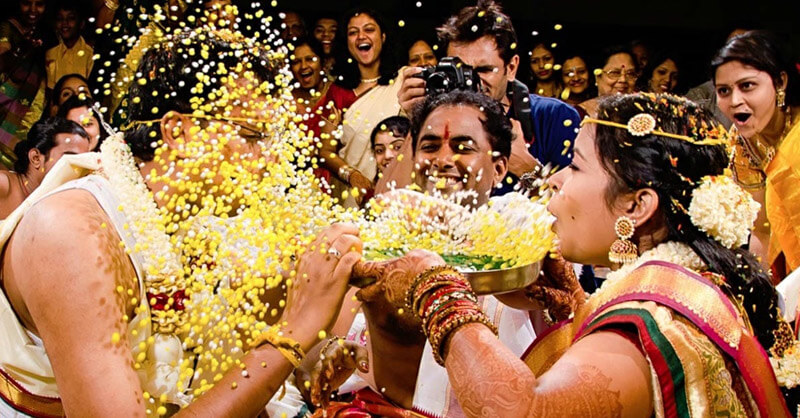 For every girl and boy, marriage is the life time event filled with fun, excitement and obviously lots of rituals. Likewise, Telugu wedding are unique as it is filled with lot of rituals as well as traditions. After the acceptance of parents, the marriage date is fixed and all the pre wedding rituals are carried out as the good luck charm of bride and groom. A vivid dream of sacred rituals in Telugu Wedding (Telugu Matrimony) makes it beautiful and stunning. It is an amazing fact that no ritual in Telugu Wedding is carried out without the participation of women and bride as in the Tamil Societies, women have equal importance just like men.

Muhurtam:
The priests finalized the date for the auspicious wedding in the concern with the elder members of both the sides of groom and bride. Generally, in the months of Shunya, Bhadrapad and Aashad, Telugu wedding occurs.

Pendikoothuru:
It is just like the haldi ceremony of the northern region of the country. In this ceremonial, family members and friends will apply the paste of oil and turmeric on the bride and groom separately at their respective houses. The ritual involves lots of fun and after that they get bath and dressed up in fresh clothes along with the fresh flowers in the bride’s hair. 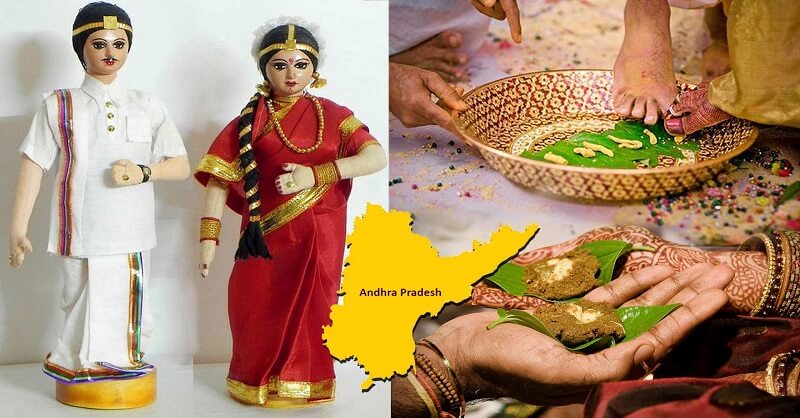 Snathakam:
It is carried out at the house of groom where he will accept the holy silver thread to wear on his body and is a way of moving from bachelorhood phase to family phase (Telugu Matrimony) of life.

KashiYatra:
Just like Tamil Wedding, the groom pretends to go for Kashi Yatra as he is not interested in Grahastha Life and is moving to holy place as he has no interest in pleasure of world. But in between, he is stopped by the brother of bride who give her sister’s hand in the hand of groom.

Gauri and Ganesh Puja:
At the bride’s house, the bride worships the Goddess Gauri and asks her for blessings of good married life. Whereas, the groom worships the Lord Ganesh at mandap just before the bride reaches to mandap so that all evil energies stay away from them.

Entry of Bride:
The bride is accompanied by her maternal uncle to reach to mandap where groom and bride are not allowed to see each other as they have  curtain in between them.

Jeerakalla-Bellamu:
Under the curtain, birth the bride and groom apply paste of jaggery and jeera on each other’s palm which represents a strong bond in between them.

Kanyadaan:
The final ritual of wedding in which bride’s parent will wash the feet of groom and will offer him their daughter’s hand.